Located just outside of Richmond, VA, Randolph-Macon College is a beautiful location with multiple fields for our camps use. Join us at that beautiful Virginia campus for high-level softball clinics! Camp is open for all abilities and ages 7-17.

Check In: All Campers will check in from 8:45am-9am Monday through Thursday.

Check Out: All Campers will check out at 3:00pm Monday-Thursday.

*Lunch NOT included. Campers are to bring their own lunch. Lunch will be inside.

Covid-19 Policy- Vaccine NOT required. We ask that everyone who attends camp, to not have had any covid-19 symptoms in the last 5 days, and bring in their health form filled out (does NOT need to be signed by a doctor- can attach most recent physical to our form), covid-19 policy waiver and the health monitoring form with you to check in (if you haven't uploaded any of them to your online account).

Under the leadership of Head Coach Kevin Proffitt, Randolph-Macon’s softball program continues to grow and gain respect on a regional and national level in NCAA Division III softball.

Proffitt directed the Yellow Jackets to the Division III National Championship series in Tyler, Texas in 2019. It was the first time the Yellow Jackets had made an appearance at the highest level of competition in the sport. To earn that chance, R-MC defeated #11 Christopher Newport as the Yellow Jackets appeared in and won their first-ever Super Regional.

Also in 2019, the Yellow Jackets received their third straight at-large bid to the NCAA Tournament to compete at the Ewing, New Jersey Regional. Proffitt helped guide seven players to All-ODAC nods and coached a Faspitch News Preseason All-American and a Schutt Sports/NFCA National Player of the Year candidate. R-MC competed in the Old Dominion Athletic Conference Tournament and finished as the conference runner-up. The Yellow Jackets started the season ranked in the NFCA poll and obtained an in-season-high ranking of 10th, though finished 8th after appearing in the National Championship series. During the course of the season, R-MC defeated an opponent that was ranked #1 three separate times. R-MC hit .300 for the season as Proffitt guided the Yellow Jackets to an increasing batting average for each of the last three years as well.

Randolph-Macon appeared in the NCAA Tournament for the second straight year and won a program record number of games for the second straight year (40) in 2018. R-MC obtained the highest ranking on the NFCA Division III Top 25 poll as the team slotted 4th midway through the season. Proffitt coached the Yellow Jackets to a split with the top-ranked Virginia Wesleyan Marlins in what became the most significant win in program history at the time. R-MC's pitching staff under Proffitt was stellar in 2018: The staff ended the season atop the nation in Division III for best earned run average with a 1.03 ERA, beating out the second team, Transylvania, by more than a tenth of a point. Freshman Madie Rhoads finished the season with the best ERA in the nation at 0.80. R-MC was also 23rd in the nation for stolen bases per game. Proffitt guided five All-ODAC selections as well as the conference's Rookie of the Year in Rhoads. Rhoads, junior Candace Whittemore and sophomore Sami Davidson were all named to the All-Atlantic Region team as well.

2017 saw the R-MC softball program receive their first ever at large bid to the 2017 NCAA Softball Division III softball tournament, while also being selected to host an regional in Ashland for the first time. The Yellow Jackets finished as the runner up in the Ashland Regional and had 3 players named to the All-Tournament team. Randolph-Macon finished the 2017 campaign 35-11, which set a program record for wins in a season at the time. The Yellow Jackets had 2 NFCA All Region players, one VASID All State recipient and ended the year ranked #17 in the final NFCA top 25 national poll.

2016 proved to be another great campaign for the Yellow Jackets. For the season, they posted a 31-13 record, which was the secnd most wins in program history at the time. The season included winning streaks of seven and eight games as well as a record of 17-5 in the month of March. In April, Randolph-Macon earned a #9 ranking in the Atlantic Region as well.

The year came to an exciting end as senior Madison Gilman became the first All-American in program history. She was named a National Fastpitch Coach’s Association Third Team All-American. She was also named to the Hero Sports All American Team.

R-MC claimed the program's first Old Dominion Athletic Conference Title in 2015 and made its first-ever appearance in the NCAA Tournament, finishing as the runner up of the Newport News Regional. The Yellow Jackets were ranked No. 8 in the Atlantic Region for the second consecutive season. The 2015 squad included the ODAC Rookie of the Year, three All-State honorees, two All-Region mentions and three All-ODAC performers. They also had 3 players named to the Newport News All Regional Team.

2014 saw the Yellow Jackets’ success continue as they received votes in the NFCA Top 25 poll and again finished the year ranked No. 8 in the Atlantic Region. They advanced to the Old Dominion Athletic Conference Tournament Championship Game for the first time in program history.

In 2013, R-MC set program records for most wins in a regular season as well as in the Old Dominion Athletic Conference with a 34-9 overall record and 15-5 finish in the conference. This included a home record of 23-0. The softball program also received its first-ever national ranking when it entered the National Fastpitch Coach’s Alliance Top 25 poll at No. 22 in the country. R-MC also finished the 2013 campaign ranked No. 8 in the Atlantic Region.

Proffitt is now his 18th year as head coach of the Randolph-Macon Softball Program. A 1986 Randolph-Macon graduate with a B.A. degree in Psychology, Proffitt was a letter-winner on the Yellow Jacket baseball team as a catcher.

Check In: All Campers will check in from 8:45am-9am Monday through Thursday.

Check Out: All Campers will check out at 3:00pm Monday-Thursday.

*Lunch NOT included. Campers are to bring their own lunch. Lunch will be inside.

Covid-19 Policy- Vaccine NOT required. We ask that everyone who attends camp, to not have had any covid-19 symptoms in the last 5 days, and bring in their health form filled out (does NOT need to be signed by a doctor- can attach most recent physical to our form), covid-19 policy waiver and the health monitoring form with you to check in (if you haven't uploaded any of them to your online account).

A few of my returning captains attended camp over the summer and they came back more inspired than ever. I don\'t know what you told them, but they are more motivated now than ever before and it has become infectious throughout the rest of the team. I have high hopes for the spring season, thanks for doing a great job.

The entire coaching staff was great, they were very attentive to all of the girls and were constantly teaching. It was refreshing to see all of the coaches engaged in the drill instead of sitting in the dugout on their phones. My daughter had a great time at camp and I will be sending her back again next year.

It was great to bond with other girls who love the same thing I do. We had so much fun at camp. The coaches were really good and taught us a lot of new things. Save me a spot next year. 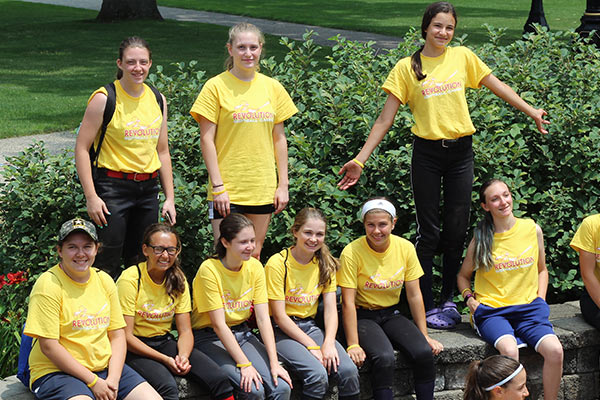 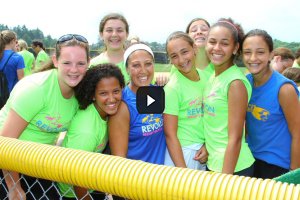